The history of Forest of Arden Healing Arts

Touch has been a form of healing throughout history. It was a part of healthcare before written history. Artwork shows primitive healers using touch. The founders of modern medicine included hands-on healing as an important part of their repertoire. Both Hippocrates and Galen, the Greek and Roman fathers of Western medicine, recommended massage as primary medical care. Massage was central to both the Islamic and Asian origins of medicine as well. Unfortunately, healing through touch was pushed to the margins of medicine during the Medieval period in Europe and then during the industrialization of health care. Yet, it has remained present in all societies.

As medicine reached a crisis point in the late twentieth century, due to its failure to find cures for many diseases and its tendency to create more illness than it cured, the time became ripe for massage to make its resurgence to the centre of health care. Beginning with the alternative lifestyle movements of the United States in the late 1960’s and peaking in the New Age consciousness movements of the 1980’s massage became the preferred treatment for many conscious health consumers. One of the global centres of this new consciousness was Los Angeles on the Western coast of the United States. Massage schools flourished along the sunlit beach communities of L.A.

Christian Smith was present during this renaissance of touch-based healing, first as a student and then as a teacher. He was on the faculty of the Massage School of Santa Monica and the Bodymind Institute. He drew from existing medical research to suggest that massage should be used as primary health care for many illnesses including cancer, autoimmune disorders and musculoskeletal problems. He was a leader in the movement to declassify massage as a contraindication for cancer. He was a student of the pioneers who joined massage with psychotherapy to create an overarching bodymind therapy. His theoretical work in massage then set touch-based healing in social context.
During this time of resurgence in alternative health care, healers in California gathered information about a wide variety of massage traditions. From the West came Swedish massage and Structural Integration. From the East came Medical Qi Gong, Thai Massage, Ayurveda and Acupressure. From osteopathy came Craniosacral Therapy and from Shamanic healers came energetic models of bodywork. Massage therapists added hot stones, botanical aromas and other pleasures to their work.
In the Summer of 2008, Annie Barker and Christian Smith moved to the United Kingdom for Christian to pursue a doctorate in Critical Theory. They started Forest of Arden Healing Arts which enjoyed eight successful years in Warwickshire. Now Forest of Arden has moved to Berlin. We are learning German and looking forward to bringing our work to this great city.

The Forest Of Arden

The Forest of Arden was a verdant wonderland of green that covered the West Midlands years ago. William Shakespeare was a child of that forest, not only having grown up in it, but also being born of a mother named Mary Arden. When he wrote his plays he used the forest as the central space of transformation.

In both As You Like It and A Midsummer Night’s Dream members of an inhumane court end up in the forest. The forest transforms them. It helps them find their humanity and ultimately their own magic.
Forest of Arden Healing Arts was created with the same intention. Our healing space is a place where you can leave the inhumane world of modern life and transform yourself – shake the results of that inhumanity off your body and mind. Through support of our Radical Therapy group, you can also return to the world as an agent of change.

“Christian is a truly gifted and intuitive healer; he is a kind man with a generous heart.” -J.F., Los Angeles 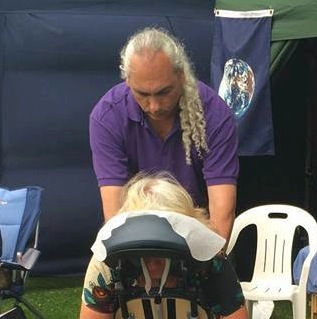 has been working in the field of healing arts since 1983. After graduating from UCLA with a B.S. in Kinesiology, he trained and became qualified in many different styles of bodywork including: Swedish Massage, Structural Bodywork, Bodymind Integration, Craniosacral Therapy, Visceral Manipulation, Lymph Drainage Therapy, Movement Therapy, Tragerwork, Accupressure, Tui Na, Thai Massage and Reflexology. He began his practice in the early 80’s in Los Angeles. Christian became a member of the faculty at the Massage School of Santa Monica where he spent 15 years teaching bodywork. He also taught at the Bodymind Institute in L.A. and at many seminars in the U.S., Central America and the United Kingdom. After graduating from CSULA with a MSc in Psychology (Marriage, Family and Child Counseling), Christian blended bodywork with psychology in a pioneering therapy called Radical Therapy. Christian founded the Radical Therapy Center in Los Angeles which provided client services and classes. He also has a teaching credential and has taught learning and behaviourly challenged students in the Los Angeles Unified School District. Christian now has a PhD in English literature and Critical Theory. He taught at the University of Warwick in the Department of English and Comparative Literary Studies. Christian has blended his studies in Critical Theory back into his bodywork and therapy to deepen both practices.

“From my point of view, Christian’s work has been not only life changing but life saving.”– R. W. Leamington Spa

“Annie is one of the most incredible therapists that I know!!!! The Real Deal!” -Will, Massage Therapist 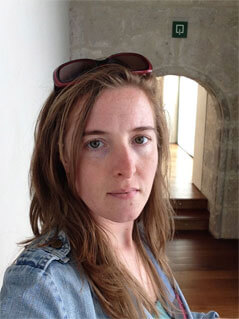 has been working in the field of healing arts since 2000. She studied at the Massage School of Santa Monica in Los Angeles, Ca. where she learned and became qualified in Structural Bodywork, Swedish Massage, Thai Massage, Movement Work, Tragerwork, Spa treatments and Hot Stone Massage. She also studied and became a certified Craniosacral Therapist through the Upledger Institute. She has studied Lymph Drainage Therapy through the Chikly Institute and Visceral Manipulation through the Barral Institute. She uses her skills in dance, yoga and theatre training to inform her bodywork and knowledge of movement therapies. Annie maintained a vibrant clientele in Los Angeles working privately as well as at the prestigious Spa at The Palazzo. She worked as a bodyworker and bodymind therapist for eight years in the UK.

Contact Us
We use cookies on our website to give you the most relevant experience by remembering your preferences and repeat visits. By clicking “Accept All”, you consent to the use of ALL the cookies. However, you may visit "Cookie Settings" to provide a controlled consent.
Cookie SettingsAccept All
Manage consent

This website uses cookies to improve your experience while you navigate through the website. Out of these, the cookies that are categorized as necessary are stored on your browser as they are essential for the working of basic functionalities of the website. We also use third-party cookies that help us analyze and understand how you use this website. These cookies will be stored in your browser only with your consent. You also have the option to opt-out of these cookies. But opting out of some of these cookies may affect your browsing experience.
Necessary Always Enabled
Necessary cookies are absolutely essential for the website to function properly. These cookies ensure basic functionalities and security features of the website, anonymously.
Functional
Functional cookies help to perform certain functionalities like sharing the content of the website on social media platforms, collect feedbacks, and other third-party features.
Performance
Performance cookies are used to understand and analyze the key performance indexes of the website which helps in delivering a better user experience for the visitors.
Analytics
Analytical cookies are used to understand how visitors interact with the website. These cookies help provide information on metrics the number of visitors, bounce rate, traffic source, etc.
Advertisement
Advertisement cookies are used to provide visitors with relevant ads and marketing campaigns. These cookies track visitors across websites and collect information to provide customized ads.
Others
Other uncategorized cookies are those that are being analyzed and have not been classified into a category as yet.
SAVE & ACCEPT